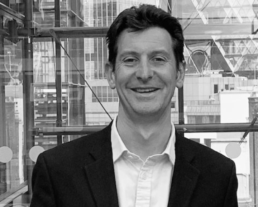 Scott has broad experience across financial services and has held several regulated roles (PRA and FCA) across banking and insurance. He has acted as a senior banker   (origination and debt restructuring), Chief Operating Officer, Finance and Risk director.
‍

Scott has a track record of growing, acquiring and   restructuring businesses in order to improve performance and grow enterprise value as well as working with start-ups.
‍

Scott is a Fellow of the Institute of Chartered Accountants in England and Wales and has provided input into the ACII accounting papers.
‍

Barclays: Scott was Head of Broker Dealers for Barclays corporate bank where he led a relationship team across this Global market.

The Collinson Group: Scott was Finance and Risk Director for Collinson’s Insurance operation. He led 3 acquisitions including the purchase of a UK insurance company.

RBS: Scott led a number of debt restructurings in the financial services market and provided input into the turnaround strategies of a number of insurance operations.

Jubilee: Scott was Chief Operating Officer and interim Finance Director for this Lloyd’s vehicle. During his time, he developed the processes, Systems and Controls and business plan to gain Lloyd’s approval to grow the business.

PwC: Scott undertook Due Diligences and acted as an advisor on a number of Insurance transactions.